According to the requirements of product specification and customers, the battery design of BeiDou Navigation Satellite System needs to assort with the host machine, and integrate high safety performance, good charging and discharging performance and outstanding long-term application reliability into the solutions.

1）Guard plate (PCM): It is a protective circuit designed for rechargeable high capacity battery pack, which provides the battery with protective functions of overcharging, over-discharging, short circuit, overcurrent and over-temperature.

2）Protection IC: The chip has protective function in the design scheme. It can monitor the cell online at any time, so that the cell can work under safe, stable and efficient circumstance. TI BQ3060 intelligent chip has protective parameter of custom programming (Internal Integration FAE) communicating with host machine of navigator for accurate power display, temperature display, battery lifespan indication and charging &discharging status.

5）MOSFET: It works as a switch in the protective circuit.

6）Encapsulation of battery pack: the manufacture of external packing depends on customers’ requirements. 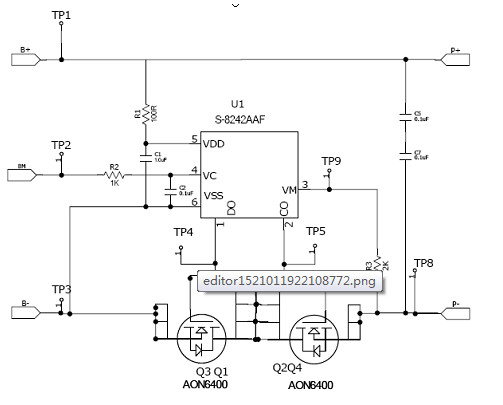